What does it fix?

The answer to this question is both simple and very complex. The simple answer is that HyProCure fixes ankle bone instability. This is an unnatural condition in which the ankle bone (talus) has lost its stability and therefore alignment on the heel bone. 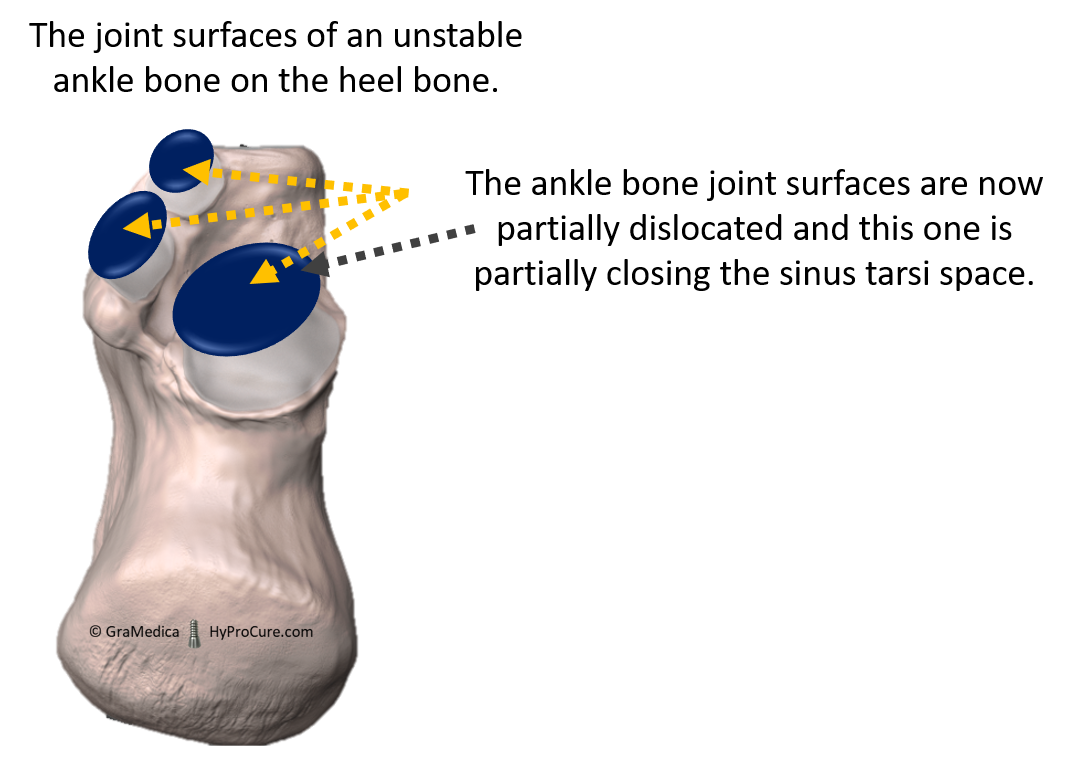 When a person with this condition places weight on their feet, like standing or walking, the ankle bone partially dislocates and becomes misaligned.

There is an entire section on this disease entity View Now >>>. This is one of the most important joint complexes of the body because it is the foundation joint. The foundation of any structures needs to be aligned and stable. Misalignment and instability will lead to many different problems.

Here we see what a stable ankle bone motion should look like.

Now we can see what happens when the ankle bone loses its normal stability or RTTJD.

Now we can see what happens when the ankle bone loses its normal stability or RTTJD.

The complex part of the question of what does HyProCure fix has to deal with the many secondary orthopedic deformities that are caused by the partial dislocation of the ankle bone.

When the ankle bone falls forward and downward it shifts the forces that should be acting on the back of the heel bone. Those forces are now pushed forward and inward to the inner arch. The joints lose their stability and the combination is responsible for the creation of excessive abnormal forces acting on weakened joints within the feet, knees, hips, and spine. Those weakened joints place strain on the ligaments which sends a warning signal to the spine causing muscles to contract and tendons now are functioning in an attempt to stabile the weakened joints.

The HyProCure® is not registered for sale in all countries or available for all ages. Please refer to the package insert for details. For more information contact us - email at [email protected] Visit Our Locator to find a distributor near you.